The graphics card in your PC has a significantly bigger impact on your gaming experience than any other component. Subpar graphics will ruin your experience even if you have the fastest CPU and plenty of RAM. Having saying that, upgrading your graphics card requires some research and planning.

There are various factors to consider before making a final decision, including compatibility, performance, and future upgradeability. In this article, we’ll explain the features of different graphics cards and help you find the best graphics card under $300. A good graphics card can keep your computer fast and efficient for years to come, while a bad one can slow it down and possibly even cause problems with programs or other components.

Graphics card with under 300$ release price 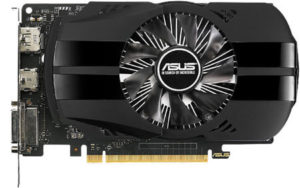 As a small form factor GPU, the ASUS GTX 1050 Ti can be fitted into a small computer case. The other great thing about this GPU is that it consumes very little power, so a heavy power supply is not required to run this GPU. The GPU maintains average temperatures during Gaming but produces a little noise.

Overall, it is a great option for mid-level Gaming and video editing. It doesn’t require any heavy PSU or more space in a PC case, making it easy for those with an old pre-built PC. 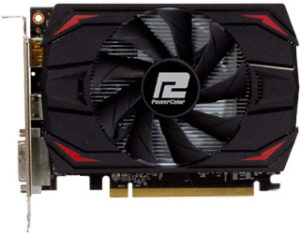 The AMD Radeon RX 550 4GB is a low-budget gaming graphics card released for under 100 dollars but currently selling for 200-250 dollars. It has 512 Cuda cores and 4 GB of GDDR5 memory, which has a Memory Clock speed of 7 Gbps.

The RX 550 4GB is not the best choice for Gaming, but it provides the best performance at this price. In Gaming, It provides better performance than Nvidia GT 1030 2GB and GTX 750 Ti 2GB.

If you play games like Valorant, CS: GO, GTA V, League of Legends, and Overwatch, then RX 550 4GB can be a great option for you. Playing the latest games is not possible with this graphics card, and it’s much slower than the Nvidia GTX 1050 Ti. But, It can easily run GTA V with 60 FPS at High graphics settings, Overwatch with 90 FPS at low graphics settings, and Valorant with 80+ FPS with Medium graphics settings.

All-inclusive, The PowerColor RX 550 4GB is a good option for Gaming. The GPU runs very cool and can provide very appealing graphics in many famous games. But, we think it’s selling for a very higher price. For current pricing, under 150 dollars could be better. 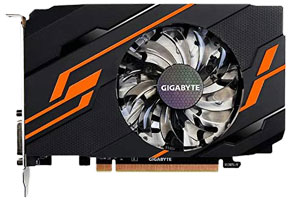 If you are looking for a very low-power consuming graphics card that can run many games at 1080p with decent graphics settings, then the Gigabyte GT 1030 2GB can be the best graphics card for under 300 dollars.

Many gamers are still playing games like GTA V and CS: GO, and this GPU can smoothly run these games at 1080p with High graphics settings. Like the RX 550 4GB, GT 1030 can’t provide that much gaming performance, but it’s 60% more power-efficient.

Overall, the Gigabyte GT 1030 OC is an excellent low-power GPU for Gaming. It can also be the best option for you if you have an old pre-built GPU with a 200-250 Watt power supply. It also runs some good games with reasonable graphics settings; also, the GPU remains super cool during Gaming. The price is still for this GPU; 100-120$ can be a reasonable price for this GPU.

Graphics card with under 300$ release price 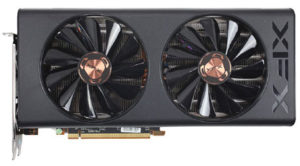 The XFX AMD RX 5600 XT Thicc II Pro is the best graphics card released for under 300 dollars. It is also the most powerful GPU in the under 300$ category.

This GPU has 2304 Cuda Cores and 6 GB of GDDR6 Memory. It has a Boost Clock speed of 1620 MHz which is 4% higher than the reference model, and has 12 Gbps of Memory Clock speed.

Features and some Drawbacks

There are some good features as well as some drawbacks to this Graphics card. However, its drawbacks can be overlooked. Let’s talk about the excellent features of this GPU. The GPU has great cooling performance and has extremely quiet fans. It also has an idle fan stop feature. The energy efficiency is also very improved, and this GPU consumes less power than Nvidia RTX 2060 and GTX 1070 Ti. Also, in some games, RX 5600 XT performance is better than GTX 2060 Super.

The drawbacks are minor, and many people may ignore them. The Ray-tracing performance of this GPU is not good. Also, its multi-monitor power draw is high, and there is no VRM temperature monitoring.

Overall, The XFX RX 5600 XT Thicc II Pro is an excellent 300 dollar graphics card. It is a future-proof option for 1080p Gaming also an excellent pick for 1440p and 1080p high refresh rate gaming. In terms of features, this GPU also offers a lot for its price bracket. 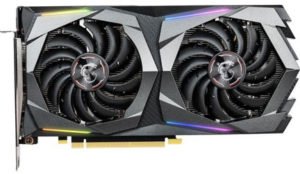 The MSI GTX 1660 Super Gaming X comes with excellent features. The GPU delivers superb cooling performance without making any fan noise. MSI has also included the Idle fan stop features, which shuts down the fans during light usage. The MSI GTX 1660 Super is also very energy efficient, 8% more than GTX 1070 8 GB. You can also gain 7-9% more FPS by Overclocking this GPU. The only downside is that it doesn’t support RTX and DLSS, but that’s fine for this category GPU.

The 300$ budget is very good for selecting a GPU because the graphics cards in this budget can easily run every latest game at 1080p with high or ultra graphics settings. We have selected graphics that are available for under 300$ right now and also the best graphics cards that were released under 300 dollars.

Currently, the best GPU that you can get is the Asus GTX 1050 Ti. The GPU can run many latest games at 1080p with high graphics settings.

The best graphics card that was released under the 300$ price segment is the XFX Radeon RX 5600 XT Thicc II Pro. It can easily run every latest game at 1080p with Max out graphics settings. This GPU can easily handle 1440p Gaming. 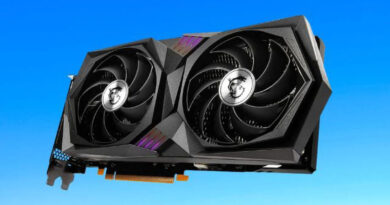 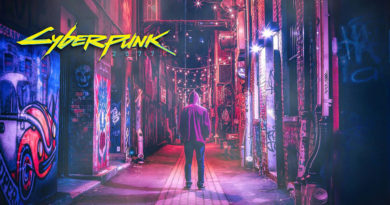 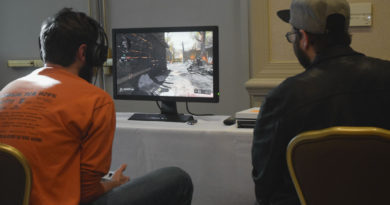